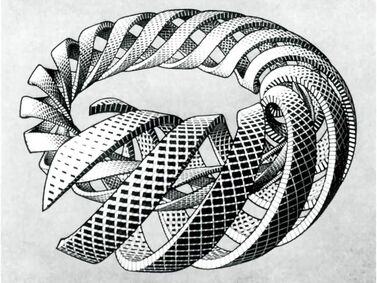 Obsessive compulsive disorder involves the need to perform particular behaviours (compulsions) in response to specific, unwanted mental phenomena (obsessions). Deliberately or automatically, compulsions are performed to relieve the feelings associated with these obsessions. Obsessions may take many different forms, including:


​
The nature of compulsions also range considerably, with some behaviours being obvious and overt (e.g. checking that a door is locked/washing one's hands), or internal and invisible to others (e.g. checking one's memory repeatedly for reassurance). The severity of OCD varies, from irritating but manageable symptoms to episodes that are all-consuming and debilitating.
​

While the specific experience of individual OCD sufferers can be idiosyncratic, in the broader picture there can also be significant commonalities. As a result, several subtypes of OCD have been identified:


I have experience of working with all of these forms of OCD, and in my experience I would say that it is quite typical for individuals to struggle with more than one of the areas listed above. OCD sufferers will sometimes speak about the potential for obsessions to shift over time from one focus to another, an experience that can be frustrating as it can feel like they are playing a game of 'whack a mole' with OCD. The challenge is to develop the insight, skills and perspectives that allow us to be adaptable to any such shift in the focus of OCD.
​

​The primary approach I employ with clients experiencing OCD is a combination of simple Exposure and Response Prevention (ERP) and Cognitive Therapy.

Simple ERP focuses on systematically triggering obsessions and preventing compulsive responses. Such exercises may be undertaken during the therapy session, or may be planned during the session and performed as part of 'homework' between sessions. This can be a challenging process for the client to embark upon, but represents one of the best-evidenced means for tackling the problem.

An additional approach that can sometimes be valuable in the treatment of OCD is Mindfulness-based Cognitive Therapy. This approach helps us to reduce the distress associated with the experience of intrusive thoughts, and to be generally less preoccupied and more present in our day-to-day experience.
UA-130863403-1